The Blue Devils will be joined in the 16-team parade by its foe in last season’s title tilt, Surrey’s Panorama Ridge Thunder, along with five others from the massive Fraser Valley zone.

Yet despite the pedigree of the pair, they don’t begin the three-day event which concludes Nov. 24, among the field of top-seeded favourites.

Two of the first three sets of round-robin pool play take place Nov. 22. On Nov. 23, the morning schedule sees the completion of Pool play with 9 and 11 a.m. matches. 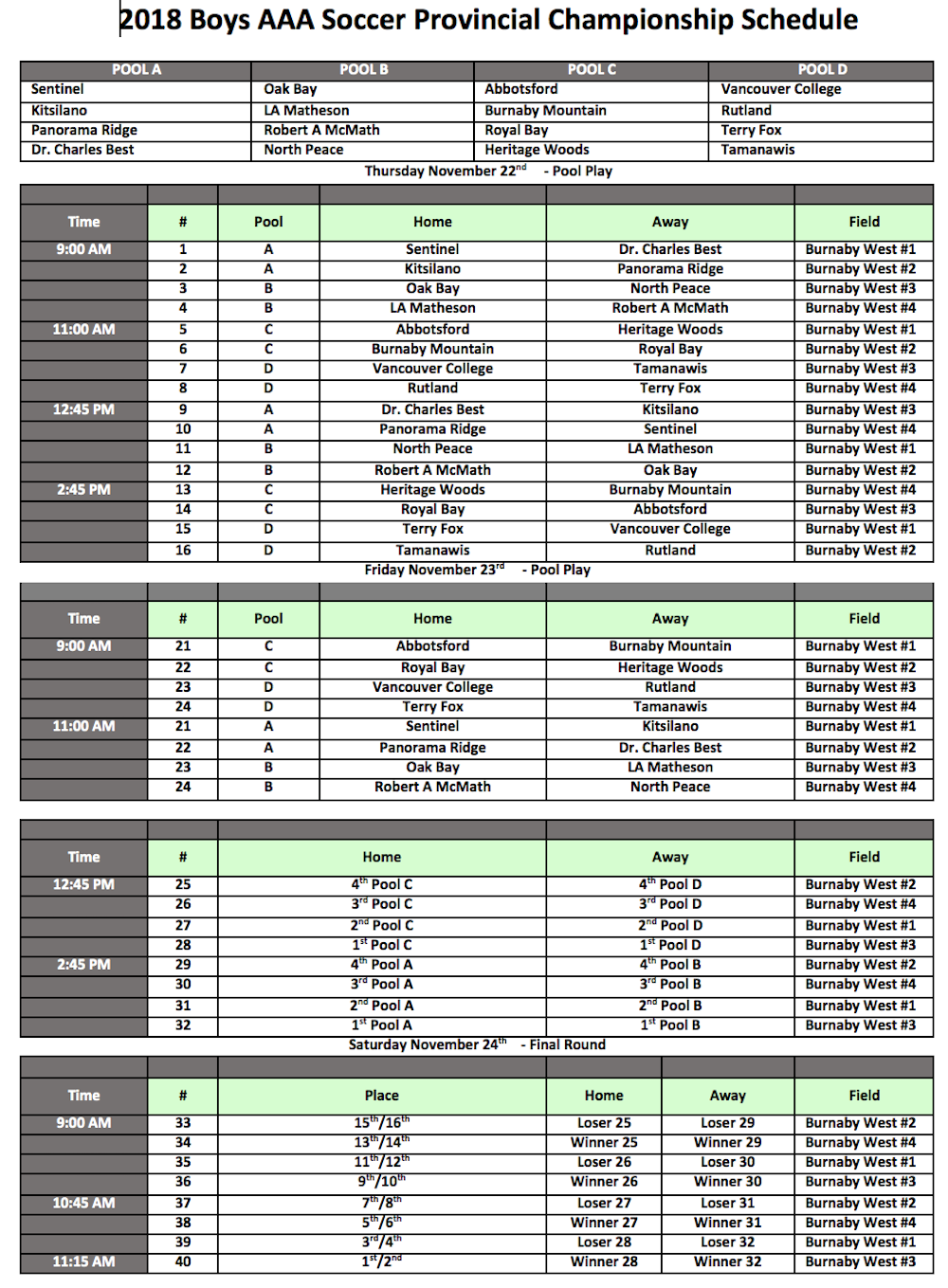