Last season, it was Jacob Sol’s back-to-back goals which helped lift the Titans past the Blue Jags 3-1 in the provincial title match.

This season, however, each of their chief zone rivals have secured two of the field’s four top seeds.

In the Fraser Valley, the Langley Saints, fresh off a 4-0 win over Maple Ridge’s Thomas Haney Thunder in the FV final, have been installed as No. 1 in Pool D, along with the Notre Dame Jugglers, Brentwood College and Nelson’s L.V. Rogers Bombers.

Meanwhile, SMUS fell to the same team they topped a season ago in the Vancouver Island final. This time around, Campbell River’s Carihi Tyees emerged 2-1 winners, and they headline Pool A, along with Vancouver’s Gladstone Gladiators, Langley Fundamental and Prince George’s Duchess Park Condors.

Two of the first three sets of round-robin pool play take place Monday. On Tuesday, the morning sees the completion of pool play.

Placing games begin at 9 a.m. Wednesday with the championship final slated for a stand-alone 11:15 a.m. start. 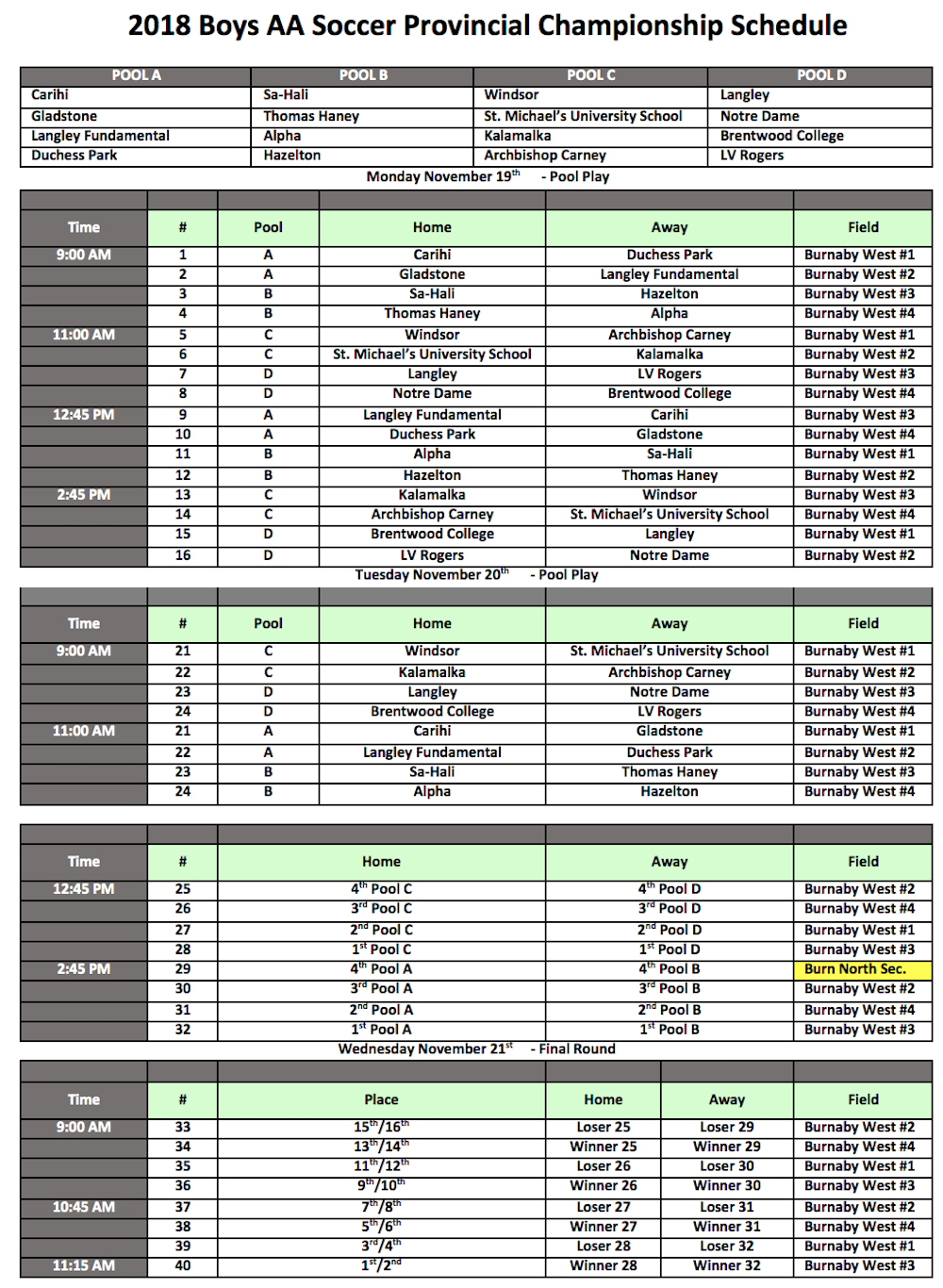