LANGLEY TOWNSHIP – There have been a pair of late changes to both boys and girls Tsumura Basketball Invitational eight-team draws, prompting us to re-publish those affected brackets.

In the boys TBI, Langley Secondary has dropped out of the Langley-Surrey region eight-team draw. Taking their place will be the Burnaby Central Wildcats, who will now oppose Langley’s D.W. Poppy RedHawks in a 1:45 p.m. opener on Dec. 7 at the South Court.

On the girls side, Victoria’s Claremont Spartans have elected to drop out of one of the two eight-team brackets. Their spot has been filled by the Pitt Meadows Marauders, and they will face Surrey’s Clayton Heights Riders in a 4:30 p.m. opening-round game on Dec. 14 at the south court. 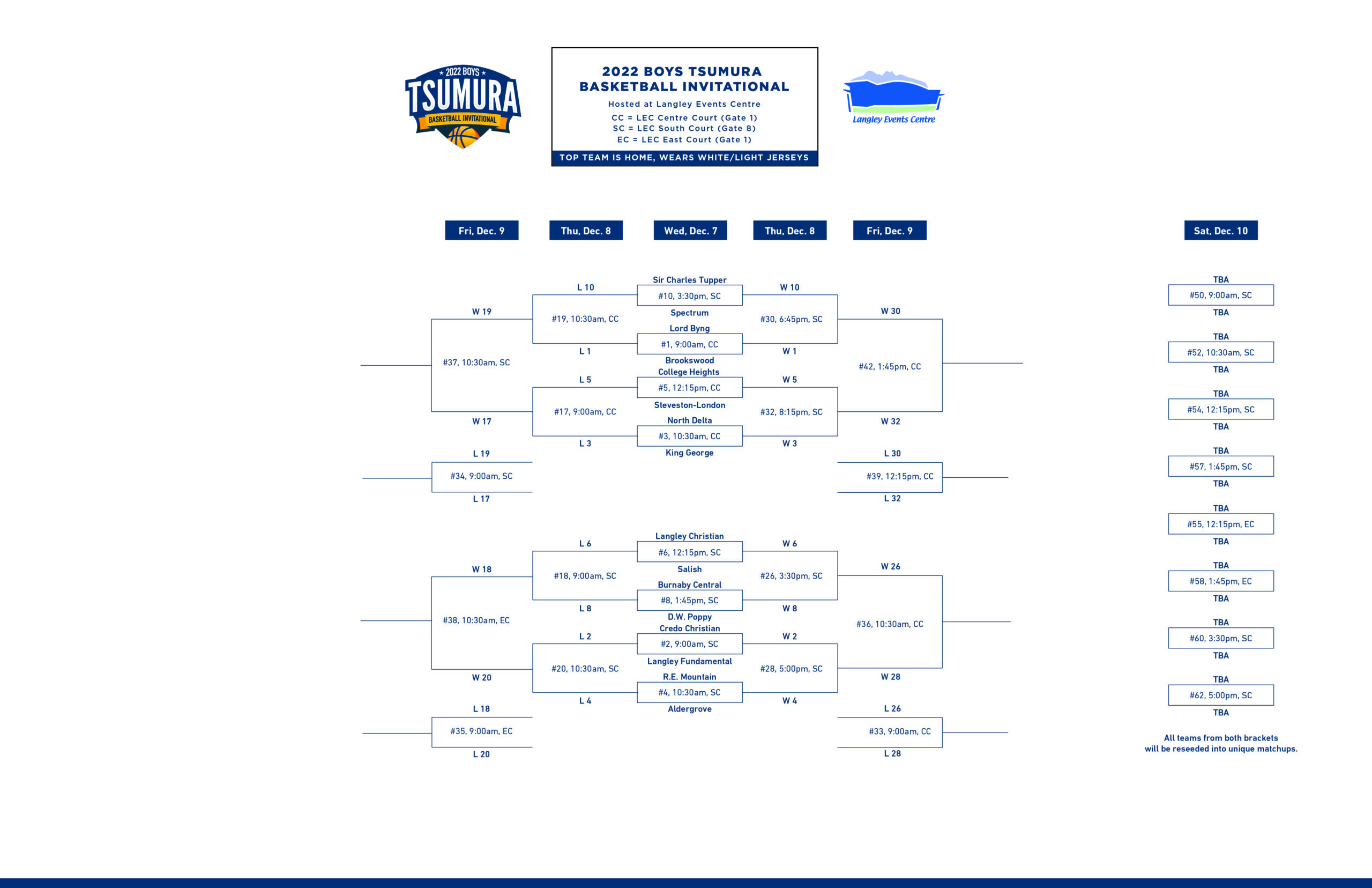 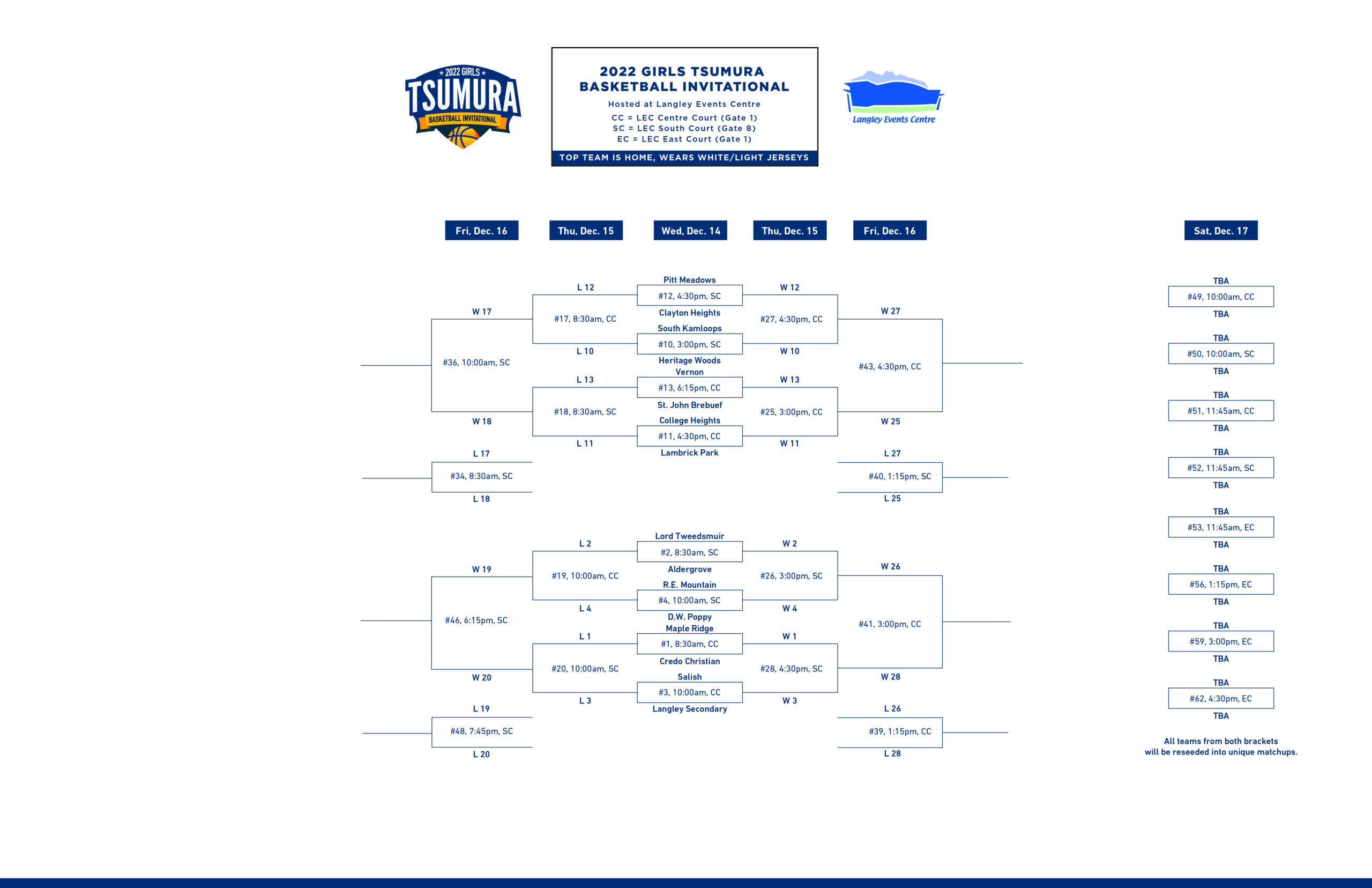 All other brackets, including both the boys and girls 16-team brackets, remain as originally published. You can see the boys here, and the girls here.