Each of the four group stage winners at the 16-team, three-day tournament advance to 12:45 and 2:45 p.m. semifinals Tuesday afternoon ahead of Wednesday’s 11:15 a.m. championship match (Day 1’s complete scoreboard below)

North Vancouver’s Fighting Saints put themselves at the top of the table by beating Richmond’s McNair Marlins 5-0 and Nelson’s L.V. Rogers Bombers 6-1.

Campbell River’s Carihi Tyees, however, sit with a 1-0-1 mark and face STA in an 11 a.m. battle Tuesday. The winner will take the group.

Langley Fundamental beat North Van’s Windsor Dukes 4-0 and Brooks of Powell River 5-0, meaning a victory in an 11 a.m. clash Tuesday with Kamloops’ Sa-Hali Sabres would give them the group title. A win by Sa-Hali, however, coupled with a win by Windsor over Brooks would create a three-way tie for first place.

Notre Dame is taking a cue from its underdog football team. The Jugglers are a win away from the semifinals after beating College Heights 3-2 and South Kamloops 5-1. A win over Victoria’s St.Michaels University School Blue Jags at 9 a.m. Tuesday would get the job done, but a loss coupled with a South Kam win over College Heights creates a three-way tie for first.

Burnaby’s Alpha Aztecs are undefeated heading into Day 2 after a 1-1 draw with Terrace’s Caledonia Kermodes and a 2-0 win over Brentwood College of Mill Bay. Alpha thus can win its group with a 9 a.m. victory Tuesday over Richmond’s Hugh McRoberts Strikers. There are, however, too many other scenarios possible due to that draw with the Kermodes. 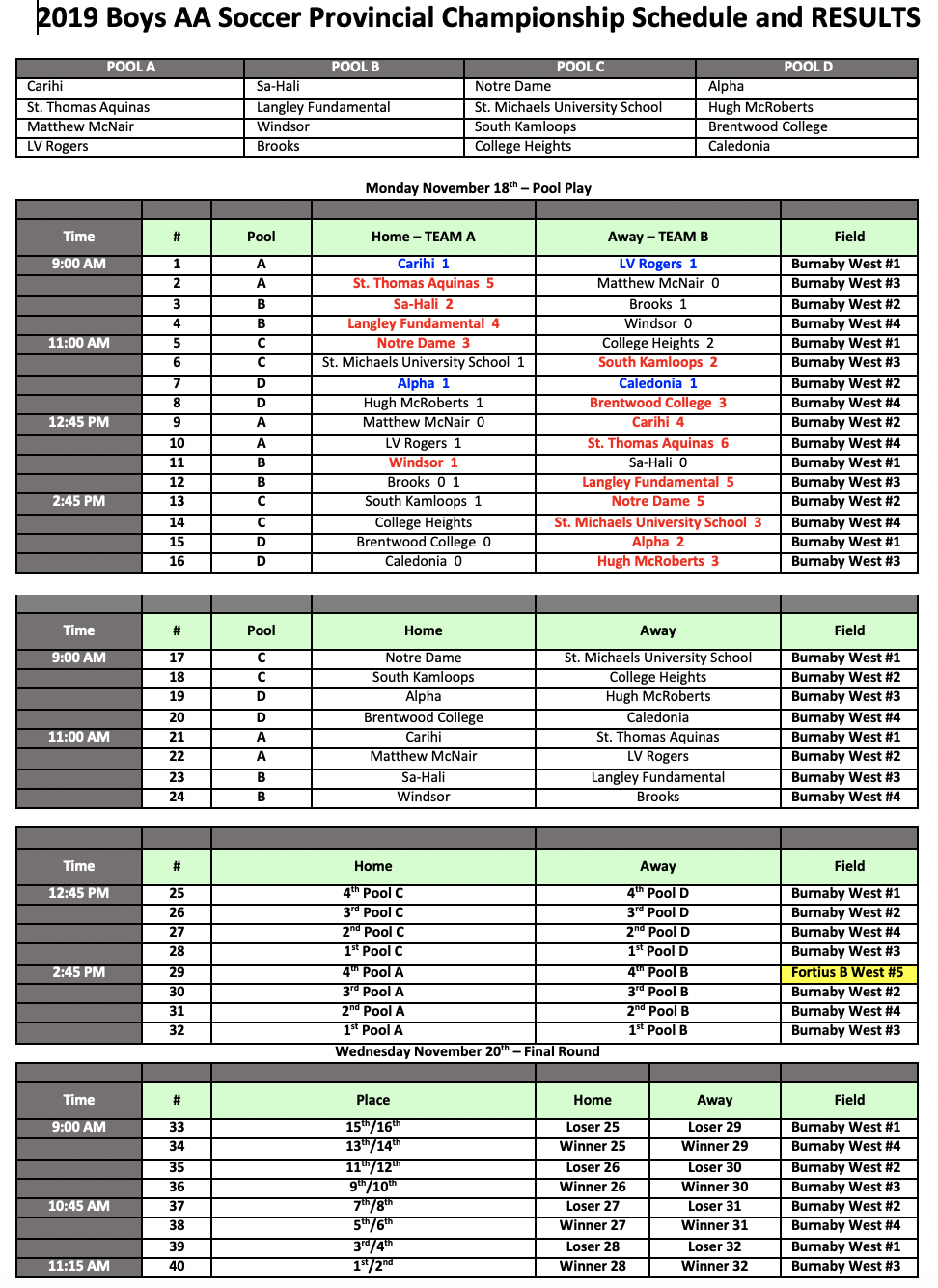