LANGLEY — Natalie Rathler has discovered that in order to stand at your true height, you first need to raise the height of your confidence.

And with that said and done, it’s why the senior forward with Langley’s Walnut Grove Gators has been a player impossible to miss, especially if you’re one of those who loves to grade a player by ticking off the boxes on a checklist of intangibles.

“She has this great base from which to build on because she is excited about the game,” explained Fraser Valley Cascades head coach Al Tuchscherer on Tuesday when asked about the 6-foot Rathler, a 17-year-old with high-energy and a passion for the game, and one who will begin her university career at the Abbotsford-based  school next season. “She has an intensity to her play, a great work ethic and a huge motor.”

Rathler and the rest of the Gators enter as one of the favourites in an ultra-talented 16-team field which begins three days of play Thursday in the opening round of the Tsumura Basketball Invitational at the Langley Events Centre. Walnut Grove opens play 5:45 p.m. at the LEC’s centre court against Vancouver’s Britannia Bruins. (full tournament draw below)

Walnut Grove, talented but extremely young a season ago, had their campaign end at the hands of Surrey’s Panorama Ridge Thunder in the quarterfinals of the Telus B.C. senior girls AAA championships last March.

This season, however, that entire team is back.

And of course that includes not only one of the province’s most dynamic scorers in Grade 11 guard Tavia Rowell, but fellow Class of 2019 teammate Jessica Wisotzki, a 6-foot guard set for her breakout season.

Yet Rathler, anonymous a year ago by most everyone’s standards, has come into her own to such an extent over the past 12 months that she has made herself a presence on a title-contending team at B.C.’s highest tier.

No one player holds the patent on the recipe for late-blooming high school success, and in Rathler’s case, it’s a blend of both her personality and the unique experiences she has encountered over her youth sports career which makes up that base to which Tuchscherer speaks.

A multi-sport background which started with soccer but later took a major detour to lacrosse has given her a sense of what it means to both play in space and bring physicality on the basketball court.

And the experience she gleaned as a starter on a provincially-ranked team as senior varsity player last season was allowed to take another step forward over the summer as she toured North America on the AAU circuit with North Vancouver’s VK Basketball club.

“It has all meant a lot to me, and the one thing that I have really noticed is that I have gained the confidence to have a leadership role,” says Rathler.

“I like to be the noise on the team, grabbing rebounds, and gaining confidence to really talk and communicate with teammates about what to run, what we are trying to pursue on the court.”

You get the idea that Natalie Rathler is a player who has quite suddenly realized not only her place in the order of things, and how ready she already is to make a substantial contribution.

And with all of that said, she’s also dedicated to having fun off the court, and being herself on the court.

“Personally, I have always been a loud person,” she laughs. “Just ask any of my friends or my family. And as a team, when it comes to something like the importance of talking on defence, I know it’s what can help us win games. I realize that by me being loud, I am helping my team to win.”

Walnut Grove head coach Darren Rowell credits Rathler’s coachability and her vision on the floor to her multi-sport background, and he also sees her adaptability and athleticism as traits which help make her a more unique player.

“She sees the floor well and she is now able to hit shots from 15 feet,” says Rowell. “But she can also create for her teammates. She is different from some of the others because she is able to battle physically with bigger players inside but also step out onto the perimetre.

Tuchscherer is asked why, and his answer is simple: Her motor.

“I can’t honestly say that I remember watching her from way back,” admits Tuchscherer. “I really noticed her last year, at the start of her Grade 11 year. It was her motor and her hustle that you saw, and I just said to myself ‘We’ve really got to look at this kid a little closer.’”

On the checklist of intangibles, ‘motor’ might be the single most important trait.

“It’s all about the ability to sustain high effort over a long period of time and it’s a pretty important,” Tuchscherer said, listing a pair of former Chilliwack Storm players in Nicole Wierks and Courtney Bartel, and then reaching back to the program’s early CIS years in ex-MEI point guard Michelle Buhler as prime examples from the UFV history books. “Not all kids have it.”

No one can predict with any kind of accuracy the next-level potential of a high school senior, yet regardless of what Rathler contributes at the offensive end of the floor, Tuchscherer already knows he has brought in a real glue player.

“It’s kind of funny, but she came in on her recruiting trip and she already knew a couple of the girls that were here,” he remembers, “and I could already see how natural it was for her to start building relationships with girls on this team. That’s unique for a first-year player, let alone a Grade 12.”

Add it all up and it’s why Natalie Rathler is impossible to miss. She’s one who is truly standing at the height of her confidence. 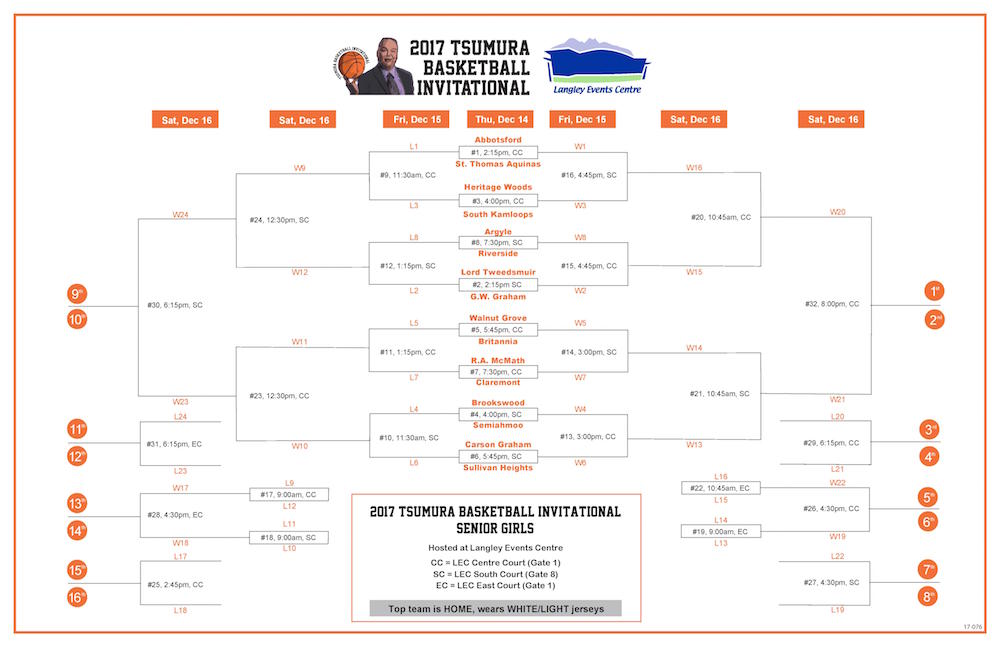