BURNABY — It was just four years ago, yet what is a relative blip in time is still the length of an entire collegiate basketball career.

So in the context of the latter, maybe we shouldn’t be surprised that as Sophie Swant’s own remarkable one with the Simon Fraser Clan winds its way to Seniors Night festivities this Saturday (7 p.m.) at the West Gym, that the initial tales of her shortcomings were in fact greatly exaggerated.

“Oh yeah, what did I say?” chuckled SFU head coach Bruce Langford on Thursday night after Swant scored a career-high 34 points, the ninth-best single game performance in Clan history, as part of an 82-61 win over the visiting Seattle Pacific Falcons (7-15, 6-9).

Langford, along with the rest of the Clan and a small handful of hard-core supporters who braved a virtual blizzard atop Burnaby Mountain to be there Thursday night all left as happy believers after Swant went 8-of-13 from beyond the three-point arc, adding five steals, four assists and three rebounds to a 35-minute performance which so fittingly spoke to the career accomplishments of a player who first arrived atop the hill in need of refinement, but would go on to define the very traits of a self-made student-athlete.

And as the Clan prepare to play their final home game of the season on Saturday (7 p.m., Clan TV) against St. Martin’s (5-18, 3-12 GNAC) before finishing up ahead of the post-season with four more on the road, the proof of Swant’s ascent from SFU long-shot to conference stand-out is clear to see.

Heading into Saturday, Swant, a North Vancouver native and former Argyle Piper, sits in the Top 15 on nine of the GNAC’s 12 individual statistical leaderboards, including third in scoring (14.4 pgg), fourth in free throw percentage (85.7 per cent), seventh in steals (2.1 spg), 15th in rebounding (5.3 rpg) and 15th in three-point shooting (35.3 per cent).

To add comical kindling to the fire of a player who self-admittedly needed a lot of work coming out of high school, those numbers represent as vast a palate of the game’s skills as you’re apt to find.

To wit, how did it all happen?

“Coming in, when Langford said that I was going to be a practice player, that I wasn’t going to get a whole lot of minutes in my career and that maybe later on I would be a role player, for me that was like catnip,” smiled Swant after the game. “Oh, you tell me I can’t do something? OK, well let’s just see. You say I can’t shoot? I am going to work on my shot. And I never ever took it the wrong way. This is just how it’s evolved.” 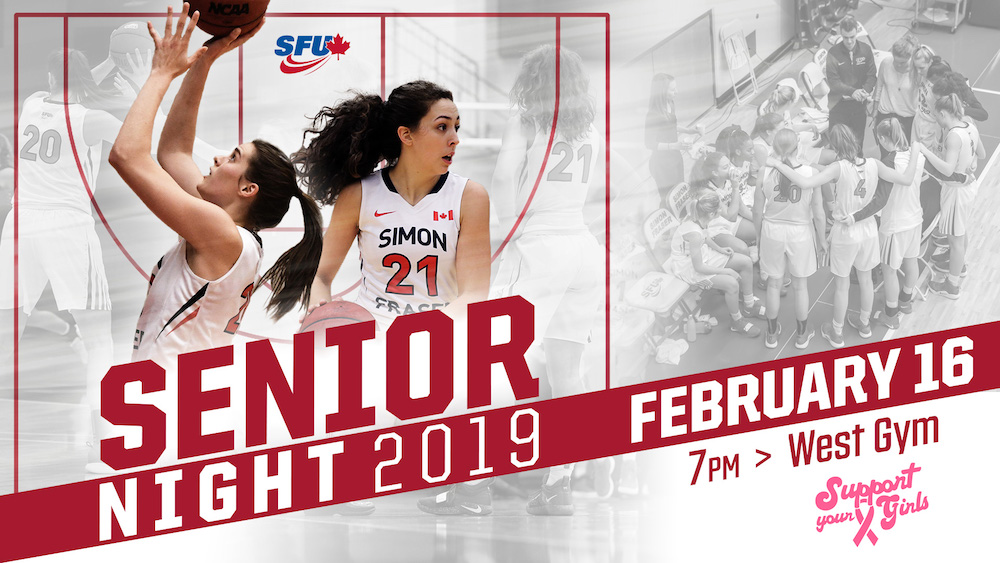 For the record, what did Langford actually say about Swant after announcing her signing four years ago?

In an article by your author in the pages of The Province newspaper: “She has the ability to grow her game, but even if she never did, if she just brings what she has right now, she’d help us. I don’t pretend to know if she will be able to step in next season and I don’t promise anything to anybody, But there is no doubt that she will change our practices from Day 1. There is no doubt that she will make everyone compete harder, just because if they don’t compete back, they are getting knocked over.”

Time blurs a lot of things, but on the eve of a Senior’s Night she will share with teammate Samantha Beauchamp, the conference’s shot-block leader, it’s a series of quotes which so perfectly measures praise with vinegar.

Swant, in fact, wouldn’t have had it any other way.

“I think you have to approach it in the way that at the end of the day he’s the one who recruited me,” she explains. “He was trying to find a way to motivate me and he figured it out. And besides, I grew up with that. It’s what my dad used to do.”

Speaking of family, as Swant caught fire in the late going of Thursday’s game, the Clan bench began counting her made three-pointers.

“They said ‘OK, now Sophie just hit her sixth three,’” related Langford. “I said to them that there was a day when Sophie couldn’t hit the three, but some hard-work later, she can. You can see it in (the rookies’) eyes. They’re all better three-point shooters than she is. Her sister (Clan rookie Georgia) is miles better.”

Sophie Swant may be the one to have made the actual accomplishments, but she’s still the one intent on deflecting the praise.

“This (rookie class) is my sister’s year, and I know I always talk about her,” Swant begins of Georgia, who got in on the act by hitting a three-pointer of her own in the second half on Thursday. “But she’s my best friend, so being able to play this season with her has been truly remarkable. And trust me, by the time they are all in their fourth years, they’re going to be knocking down way more threes than me.”

There is no scientific way to measure which player has most exceeded initial expectations over the course of her four-year Clan career, yet from start to finish, it might well be Sophie Swant.

If we’re missing something here, please let us know.