BURNABY — One of Nathan Shepherd’s bigger football moments at Simon Fraser University came in the midst of an unannounced storm atop Burnaby Mountain.

Wind, pelting rains, some sleet and a key fumble recovery that led his team on a key second-half drive.

Yet before the second half of a 2012 loss against visiting Western Oregon was over, the storm had passed.

Shepherd, whose brief career with the Clan seemed to end just as suddenly, made history on Friday when he became the first Clan player to ever become an NFL draft pick after the defensive tackle via fellow NCAA D2 school Fort Hays State in Kansas, was selected in the third round, 72nd overall, by the New York Jets.

On Saturday, the Jets, who have a clear history of bringing in players from B.C.’s two university football programs, signed UBC Thunderbirds’ offensive lineman Dakoda Shepley as an undrafted free agent.

After a redshirt season in 2011, just SFU’s second in the NCAA, he moved into the starting lineup for the 2012 campaign, easily SFU’s most successful NCAA campaign thus far in which it went 4-6 in the Great Northwest Athletic Conference and 5-6 overall.

Johnson, however, went 3-7 overall the following season and was fired, paving the way for Jacques Chapdelaine’s one-season stint at the team’s helm in 2014. 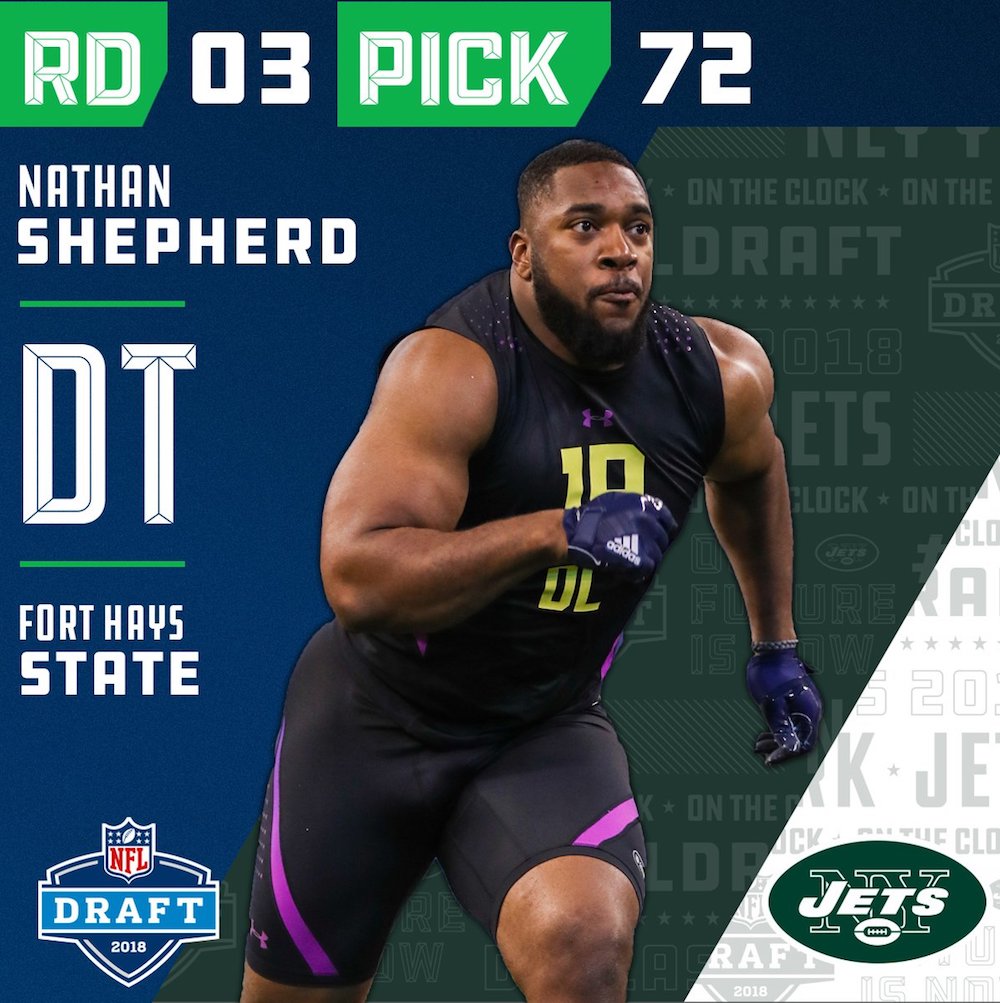 As he battled to find his way in the classroom as a student-athlete, financial difficulties eventually forced him to leave the program after that 2012 season.

His well-documented journey saw him work a series of blue-collar positions before resuming his football career and re-inventing himself as one of the NCAA’s top overall interior defensive line prospects at Fort Hays State.

“I’m just so grateful they gave me an opportunity to prove to them what I can do for their organization,” Shepherd told newyorkjets.com following his selection on Friday.

Even with a future NFL draft pick in its lineup, the Clan were not able to stop Western Oregon on that aforementioned day back in 2012, losing 20-17.

Shepherd finished his nine-game rookie season at SFU with 20 tackles and an 18-yard interception return.