PORT COQUITLAM — A funny thing happened to Port Coquitlam’s Terry Fox Ravens en route to being the only non-ranked, non-honourable mention team among the entire 16-school field which took part in the Tsumura Basketball Invitational about four weeks ago at the Langley Events Centre: They advanced all the way to event’s Final Four.

Over the last month, however, the ups and the downs have come in whiplash fashion, with the highs of inspiring wins and even impressive losses muted by the blowout losses which reinforce the notion that youth will always be served.

Beginning Thursday, however, it’s Legal Beagle week, the traditional time of the season in which every Terry Fox team, regardless of its pedigree, looks in the mirror and put its best collective foot forward as the very best Quad A programs in the province embark on the school’s Port Coquitlam campus.

Last season, the Beagle was a rallying cry towards a B.C. tourney berth which ultimately proved too elusive.

In 2012, it was a prelude to what would be one of the most dramatic B.C. top-tier championship game victories of all time.

This season’s edition of the Ravens comes in with a sub-.500 record against B.C. competition, yet head coach Brad Petersen is selling no one’s abilities short.

In his eyes, the week will be all about getting to that place late in games where his team is still playing meaningful minutes. Get there, and anything is possible.

“The more I saw this team work this season, the more I became convinced they could be competitive against some of the top teams in the province,” Petersen said in reflection ahead of Thursday evening’s final pre-Beagle practice.

“Whether we win or we lose, we will learn from every game,” he continued. “And what I want for us is to be playing as many meaningful and tight games in the fourth quarter as we can.”

It’s the careful practice of not putting the cart before the horse.

When it’s worked, like it did in back-to-back wins over South Kamloops (70-62) and Yale (86-65) to begin the TBI, and later, in an 87-82 win over Lord Tweedsmuir, it is very easy to see how talented the Ravens already are, despite a huge portion of the main rotation’s lack of senior varsity experience.

That is the slippery slope on which the current Ravens stand.

“Our schedule is giving our guys a ton of experience and I can see them learning in tight games,” said Petersen, whose charges open Beagle tournament play with a 6:45 p.m. Thursday tip against another premier program going through a re-building season, the honourable mention Kelowna Owls. 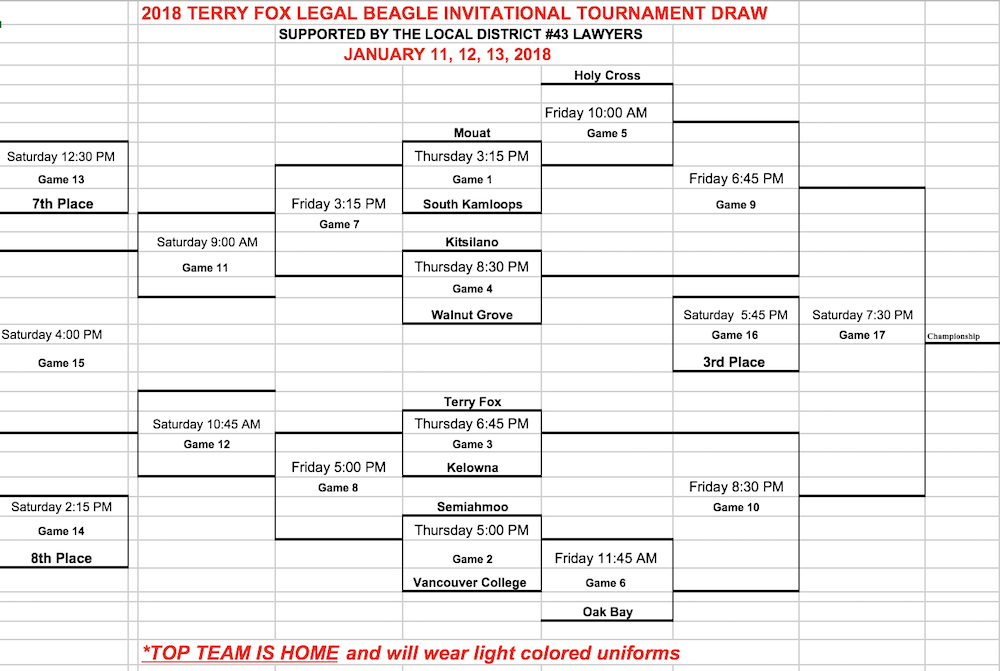 “It’s completely different from junior when you’re playing at the senior level, especially when you’re in Grade 11.”

Getting those live-game reps is the surest indicator of which players will rise to the challenge, and thus far, it has been easy to see how ready Grade 11 guard Jacob Mand has been for the challenge.

“What I like most about him is that he wants to be the best player on our team,” says Petersen of the 5-foot-11 Mand, who is averaging over 20 points-per-game and scored 37 in the Ravens’ win over Lord Tweedsmuir.

“He always wants to guard the best player, he wants to be challenged all the time and that is the main reason he has improved so much.”

Mand, who saw spot duty with the senior varsity as a JV player last season, is deceptively strong from a physicality standpoint, and has started to earn a reputation as one who regularly slips into the shooting zone.

In its win over preseason Top 10 Yale at the TBI, Mand poured home 29 points, while fellow guard David Chien, a 6-foot-1 Grade 11 guard, added 28. Chien also scored a team-high 21 in the win over Triple A preseason No. 1 South Kamloops.

Mand and Chien have been part of an underrated guard rotation that also includes the likes of seniors Jack Varney, Pierce Ormiston and James Harry, and Grade 10 Ko Takahashi.

Another emerging star for the Ravens has been forward Grady Stanyer, a seemingly under-sized 6-foot-4 forward.

“He is a relentless rebounder,” Petersen says. “He is a wide body and a tough guy to play against because he is a tough guy to go around. And he’s really learning how to finish.”

Noah Current, a 6-foot-8 forward, is also showing improvement, giving the Ravens a nice blend of front size and back court scoring.

“We have made young mistakes but we have been competitive,” sums Petersen. “We’re going to get so much experience, so many tough games this weekend.”

All of that comes courtesy of the Beagle’s blue-chip field.

The Titans come in this week ranked No. 4.

If you’re reading this story or viewing these photos on any other website other than one belonging to a university athletic department, it has been taken without appropriate permission. In these challenging times, true journalism will survive only through your dedicated support and loyalty. VarsityLetters.ca and all of its exclusive content has been created to serve B.C.’s high school and university sports community with hard work, integrity and respect. Feel free to drop us a line any time at varsitylettersbc@gmail.com.