VANCOUVER — To the masses, the annual opening of the B.C. girls high school soccer has seemed to be nothing more than a rumour.

All of that will change Thursday when 16 of the province’s top teams converge in the city for the first annual UBC Thunderbirds Kick-Off Classic, a two-day event set for a Friday finale at Thunderbird Stadium.

“When I talk with the UBC girls, the thing I get is that they absolutely loved playing high school soccer,” says UBC women’s varsity head coach Jesse Symons, the driving force behind the event.

“A lot of the schools our players went to are at this event, and every one of our players will be hosting a team so that they will be connected and mentored. That is what this weekend is all about. The positivity that high school soccer brings to the 16-to-18 year-old group. That’s a time when a lot of girls quit soccer. But high school soccer will never go away.”

Among the teams taking part in the event are the reigning B.C. Triple A champion Fleetwood Park Dragons of Surrey.

From the North Shore, it’s the Argyle Pipers and Sentinel Spartans; and from Victoria, the always-powerful Oak Bay Breakers. 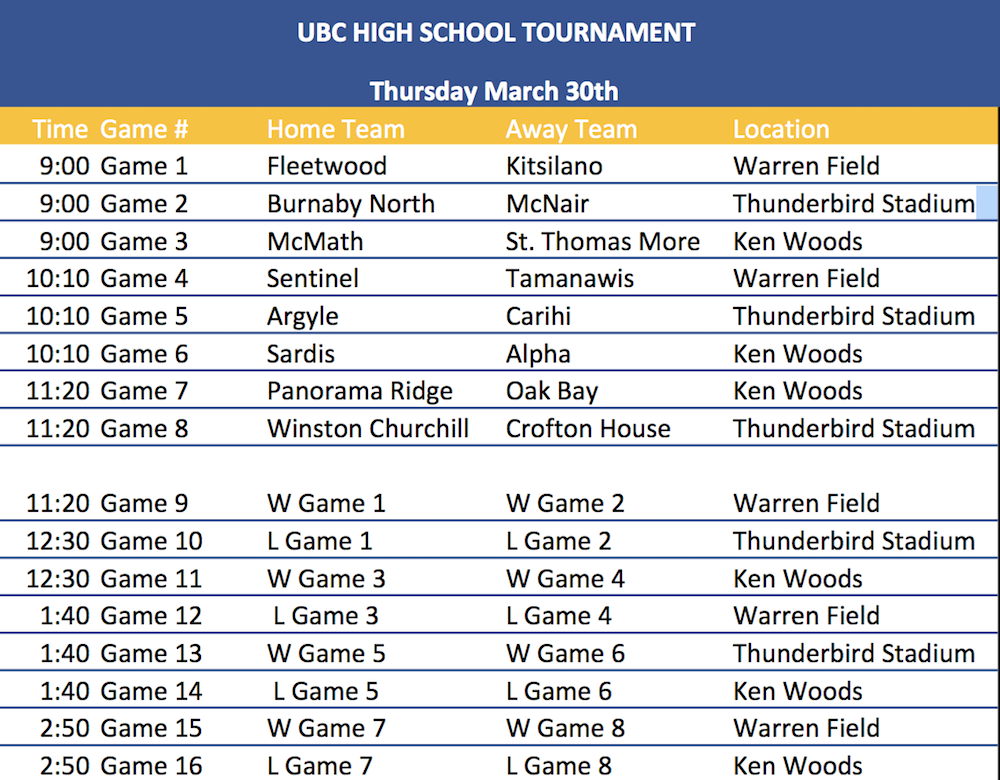 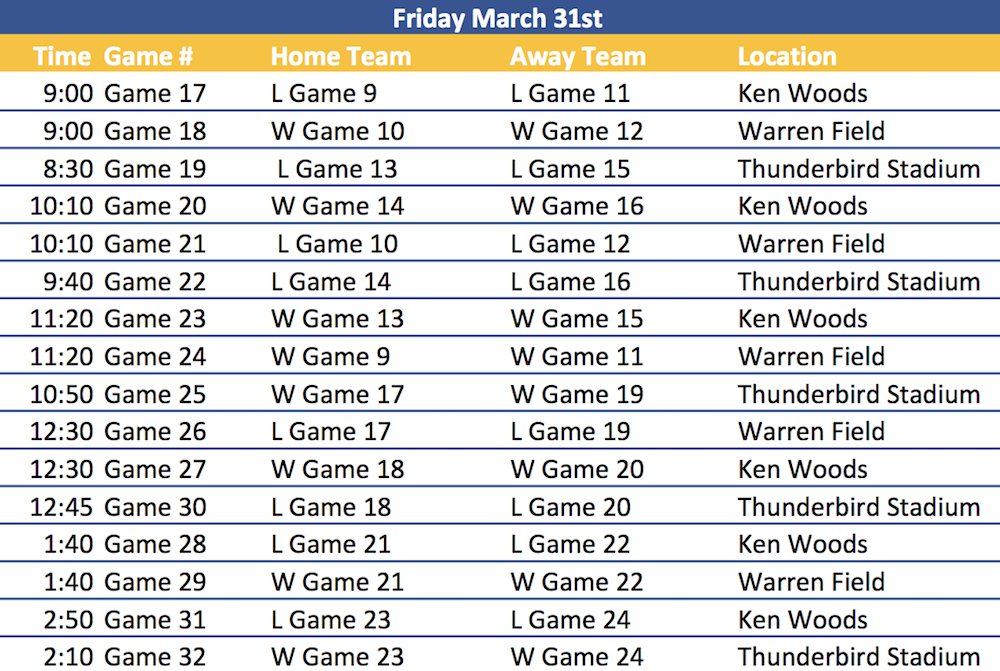 In total, the Kick-Off Classic will feature 32 games over two days, with Warren Field and Ken Woods Field also being used.

The first games begin at 9 a.m. each day. Thursday’s action concludes with a pair of 2:50 p.m. games, while Friday’s championship final at Thunderbird Stadium begins at 2:10 p.m.

The two semifinal matches are slated to run concurrently at 11:20 a.m. on Friday at both Warren and Woods fields.

“We decided to make this a go in December, but we weren’t sure what the interest would be,” said Symons. “So we connected with a few teams and then boom, it all came together. This is something we want to do on an annual basis, something that we really want to grow.”