B.C. School Sports released the Double-A draw late Friday afternoon, one for a 12-team Coastal championship title Monday through Wednesday at the Burnaby Lake Sports Complex, and the other for a two-day, four-team Interior/Northern championship Tuesday and Wednesday at Vernon Athletic Park.

Semifinals will be played at 11:45 a.m. Tuesday, with the championship finals to follow at 2:45 p.m.

The two-day Interior/Northern championship will see each of the four teams play the other three once, with the top two teams playing for the title 3:30 p.m. on Wednesday.

The boys Triple A draws are likely to be released Monday ahead of  Thursday openers.

Here’s a look at each of the two AA championship draws. 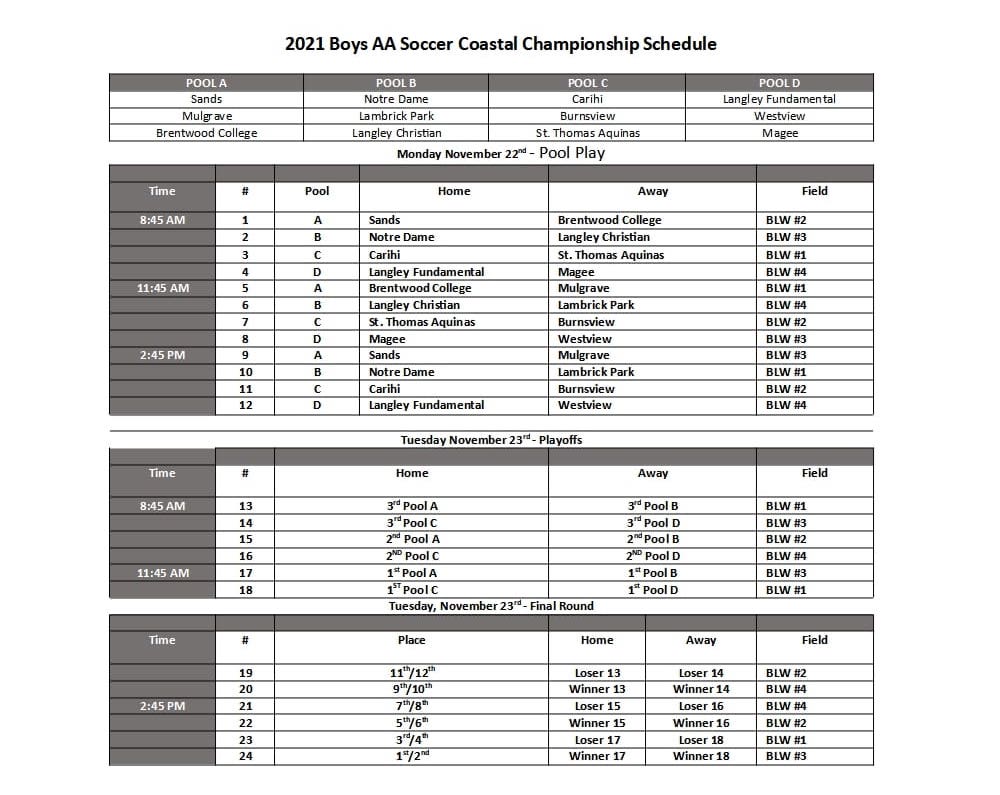 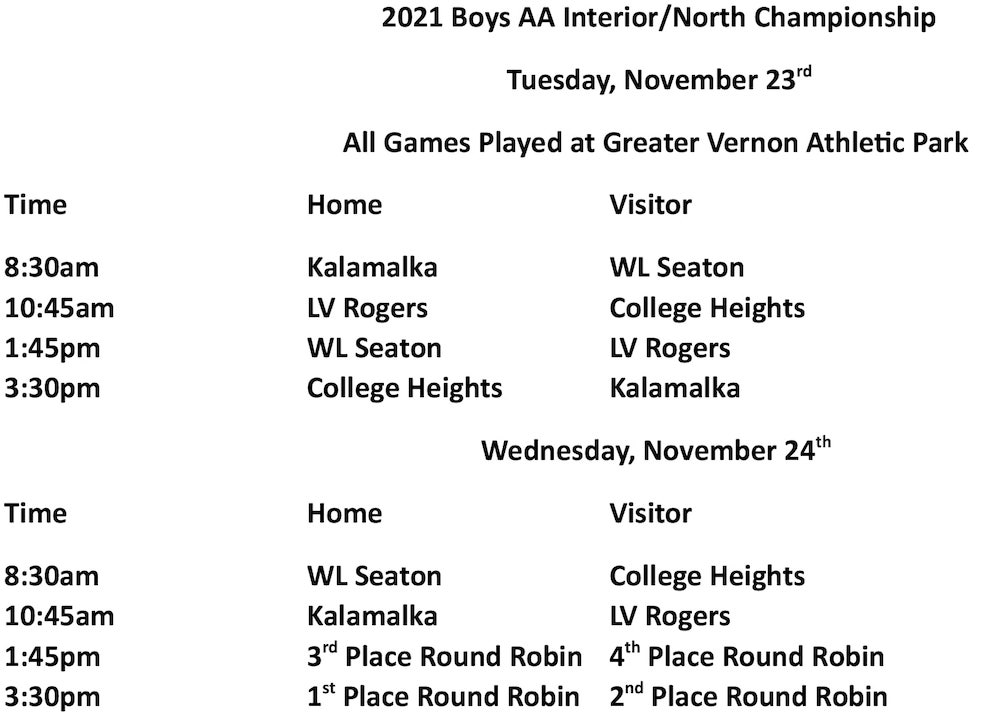