LANGLEY — When they met in a mid-afternoon game without any fans back on Feb. 4, we called the 60-58 overtime win by No. 1 St. Michaels University School Blue Jags of Victoria, over the host and No. 2-ranked Seaquam Seahawks of North Delta a potential preview of the 2022 B.C. junior girls championship final.

So much, of course, has to happen before that scenario would have a chance to play itself out in real time, yet in the draw released this afternoon for the provincial JV girls 24-team tournament, the Jags and Seahawks are holding the respective 1-2 seeds as the first of four days of action is set to tip off this coming Wednesday, with the event’s championship-round bracket playing out its final two days on Centre Court at the Langley Events Centre.

Positioned to throw the most wrenches in the way of the top two ranked team are the No. 3-seeded Okanagan Mission Huskies of Kelowna, and the No. 4 Titans of South Kamloops Secondary. 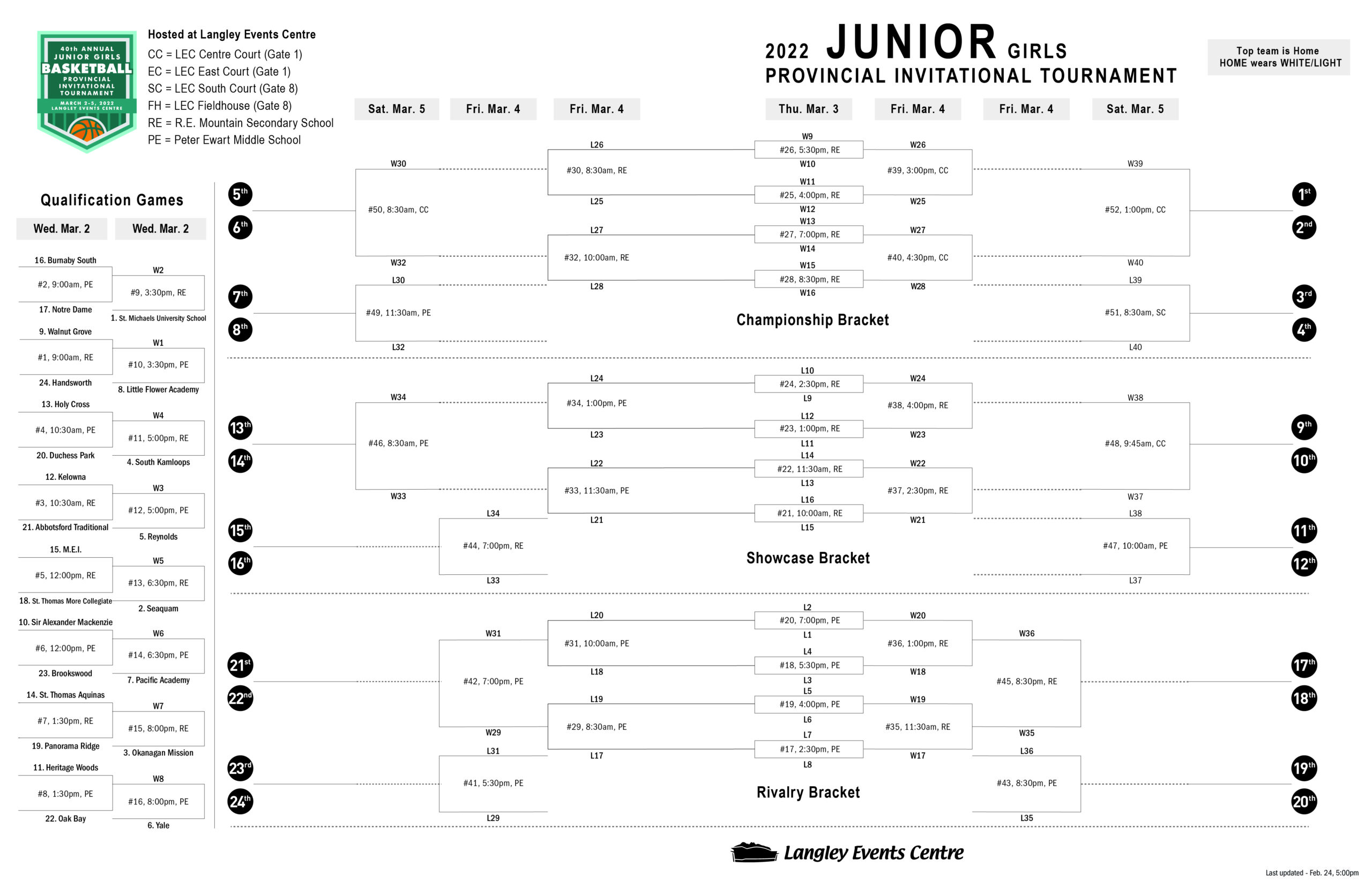 The event begins with eight so-called play-in games on March 2 at both R.E. Mountain Secondary and Pete Ewart Middle schools in Langley.

The quarterfinal round will be staged at Mountain on March 3.

The B.C. final will be staged at 1 p.m. at the LEC’s CC complex Saturday, kicking off a day which will then showcase the senior varsity 2A, 3A and 4A provincial girls finals.